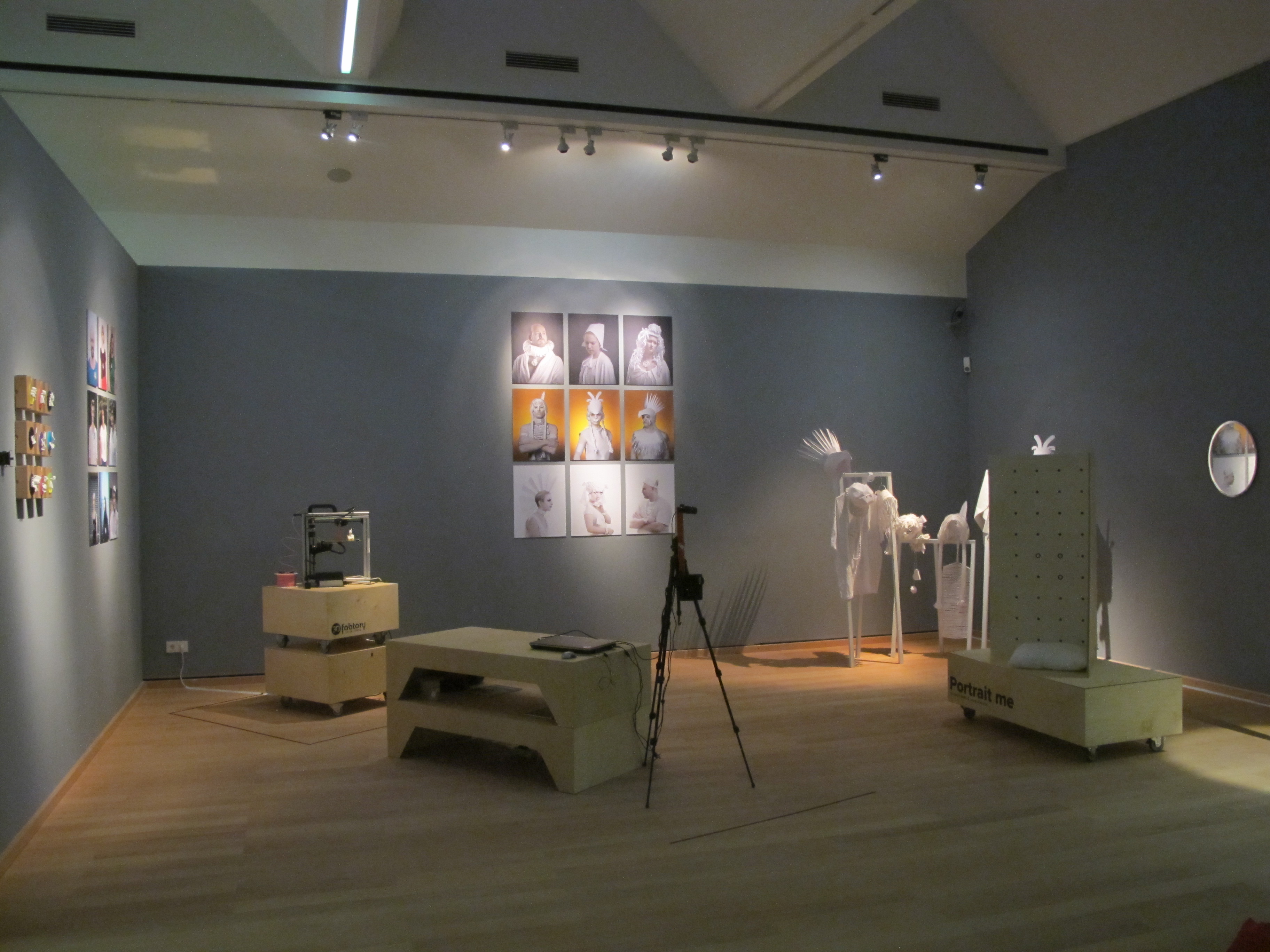 PORTRAIT ME is the first collaboration of the jewelry designers Vivian Meller and Laura Alvarado redefining the alliance between jewelry and portraiture in the post-digital era. A set of 3 by 3 brooches /medallions echoes past times and at the same moment the wearers photographed irritate us by looking historical and yet incredibly contemporary.

PORTRAIT ME is a multimedia project combining high-tech with photography and the participation of the sitter. Since the Renaissance painting a portrait meant remodeling nature, creating a likeness and telling the life of the sitter, very often beautifying the sitter for commemoration. Dress and jewelry have always played an important role in portraiture as an indicator of rank.

Vivian and Laura dress the sitter with the help of paper and simple materials. For the disguise the designers borrow from the old masters of the Mannerist and Baroque periods. Whereas Rudolf II (Emile van Hoogdalen) recalls a painting by Joseph Heintz the Elder, „Meisje“ (Vivian Meller) refers vaguely to 17th-century Dutch depictions of maids. In the next step they invite the person to pose and the artists scan the model directly using a 3D scanner. A pattern is projected over the bust and face to obtain a three-dimensional sketch that shows up on the computer screen. The obtained file can be edited using 3D-software and then materialized using a 3D-printer.

A photograph is then taken to document the person in costume. In the second set Laura Alvarado poses as a “Muisca” princess. The designer herself pays tribute to her 16th-century ancestors from Colombia, a mixture of portraiture as a role and self-portrait. In “Azteca”and “Sioux” the striking physiognomy of the sitter forms a point of reference.

In the third set Anne Achenbach appears as a “Punk”, Yqing Cai as a “Harajuku Girl” and Daniel Koplowitz as a“Hip Hopper” in an homage to the young generation of the eighties, nineties and two-thousands. Characteristics of the persons presented (for example the haircut and needles) are emphasized by the same procedure as described above.

Remodeling nature by rapid prototyping could provide a perfect portrait and likeness of the sitter. However, Alvarado and Meller take advantage of the limitations of a low budget scanner: only the bright and white areas of the sitter are digitalized and appear when materialized in a three-dimensional profile. The result is a sketchy fragment of the sitter’s ME, an alter ego that is mounted on the Plexiglas ground, masking and de-masking at the same time.

Meller and Alvarado create jewelry objects that restage the old giving the essence of the contemporary. This complex narrative is based on a crossover of genres and different methods of imitations, borrowings, appropriation and high-tech techniques for remodeling nature. Thus PORTRAIT ME is also a reflection of the conventions of photographic portraiture and jewelry as a result of the interplay between icon and new technology. 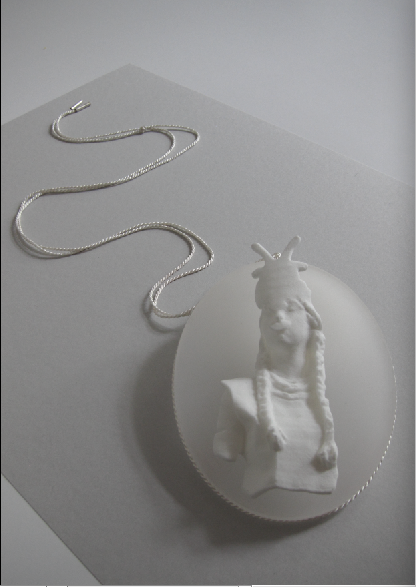